A Family Business making the finest quality Parchment & Vellum since 1870, over four generations. 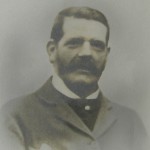 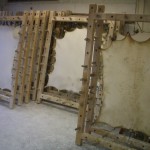 Our family business is proud to have been in continuous production of Parchment and Vellum for over 140 years at our riverside premises in the small market town of Newport Pagnell in Buckinghamshire. Mr William Cowley had begun making parchment under a disused railway arch in the 1860s, one of at least five similar businesses in the town at the time. Such was his success, that by 1870, he had been able to build new premises at the present site and take on a number of employees.

Could he have imagined that the firm would still be carrying his name and operating successfully in the 21st Century, having been owned and managed by four generations of his descendants! His company has survived World Wars, depressions, and setbacks that are inevitable in so many years of business.

Cowleys are proud to continue the ancient parchment making skills passed down through the generations in an unbroken line, by word of mouth, to the present day. Our craftsmen spend many years training and accumulating experience to master the craft that is still carried out by hand, using techniques and skills little changed for 2000 years or more!

During the early part of the 20th Century several parchment making businesses were operating in Britain. Today William Cowley is the only remaining company of its kind in the UK and one of just a handful in the World. We like to think the firm’s longevity is testament to the sheer quality of the products and personal service and we offer, which have developed a worldwide reputation. Our readiness to embrace a broad range of contemporary and traditional markets is also a factor.

Parchment and Vellum are ancient and unique materials proven to stand the test of time unlike any other writing media. Its fantastic durability is recognised by customers worldwide; in the UK these include Royal and Governmental bodies plus cultural and archival institutions such as the Public Record Office and British Library. Our highly valued individual customers include Calligraphers, Printers, Botanical Artists, Heraldic Artists, Bookbinders and Drum Makers. We have a long experience of working with Furniture Makers and Interior Designers who use our vellum covering service for bespoke furniture, wall covering panels and door panels.

Our printing service enables organisations or the general public to have prestigious documents, new or existing, such as Certificates, Diplomas or Family Trees printed on genuine Parchment. Whenever the importance of an achievement requires the highest recognition, real parchment is the material of choice to record the unique and permanent nature of that achievement.

Not only does the William Cowley company have a long history of its own but we are proud to have contributed to the making and preservation of some highly prestigious historical and cultural documents. In 1986 the Domesday Book (originally bound in two parts) was repaired and rebound as five separate volumes using William Cowley vellum.

During the 1990s, Cowleys had the honour of providing all the parchment for the Saint John’s Bible, the first new hand written and illuminated bible produced in more than 100 years. This remarkable work is a major artistic, cultural and spiritual masterpiece. The 15 year Millennium project was completed in 2011. See the link below for more fascinating details.

In 2011 William Cowley was privileged to supply a piece of fine manuscript vellum to the Royal Household. On this the Royal Calligrapher wrote and illuminated an ‘Instrument of Consent’ which was signed by the Queen and then sealed with the Great Seal of the Realm. This document gave Her Majesty’s formal consent to the marriage of Prince William and Kate Middleton, now known as the Duke and Duchess of Cambridge.

Cowleys are proud to continue the ancient parchment making skills passed down through the generations in an unbroken line, by word of mouth, to the present day.

"We pride ourselves on the personal service we offer. Please do not hesitate to contact us for advice, a quotation, or to make an order"